Day 10. To avoid the expensive hostels and the masses of tourists in Amsterdam, I decided to stay in a city near the capital. Utrecht. If you’re planning to go to the Netherlands, I suggest you do the same. Utrecht is known for its university and students’ parties. It’s as beautiful a town as Amsterdam, and it’s very well situated from everything the Netherlands have to offer. 30-45-minute trains depart every 15 minutes to Amsterdam, for very cheap.

On my first night, I went out to have a beer in the oldest bar in town, De Vriendschap. The unusual interior of this place is absolutely charming. The next day, with a girl from Montreal that I met at my hostel (Hi, Stephanie!), we went to Holland’s famous Kinderdijk village to see the windmills. 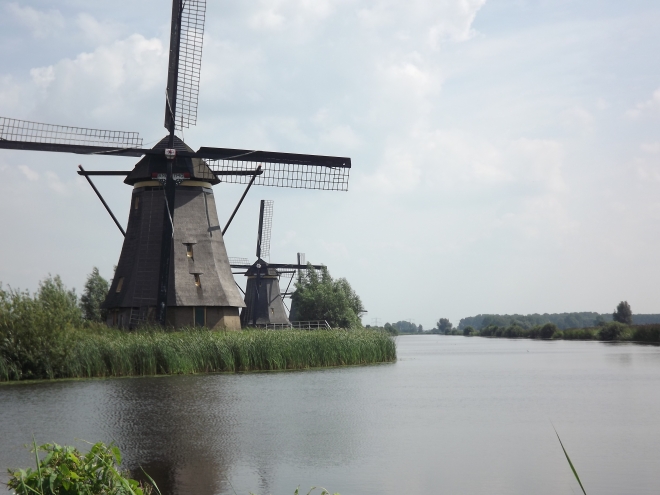 It had been raining and awfully cold for the last 3-4 days, so we overdressed. I had jeans, long sleeves, and a coat. Guess who showed up as soon as we arrived?

A shitload of it!

Which was tremendous for the pictures, but not so great if, for example, I wanted to be in those pictures. Remember that movie with Micheal Keaton, Jack Frost? Remember what happens when he’s under the sun? That was pretty much me.

Nevertheless, biking along the windmills is just amazing.
Everywhere you look is a postcard. 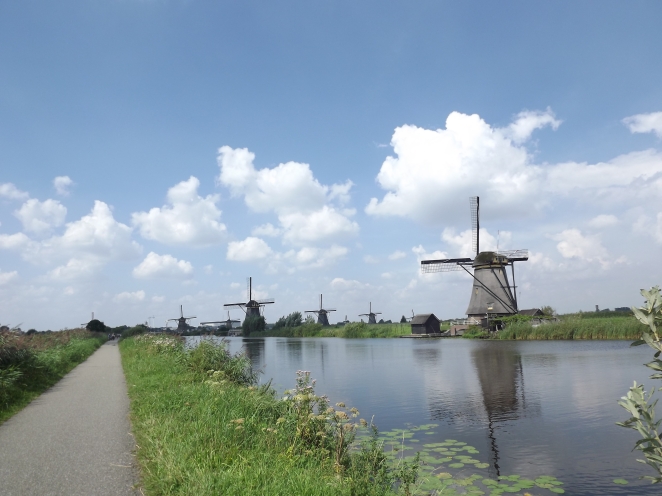 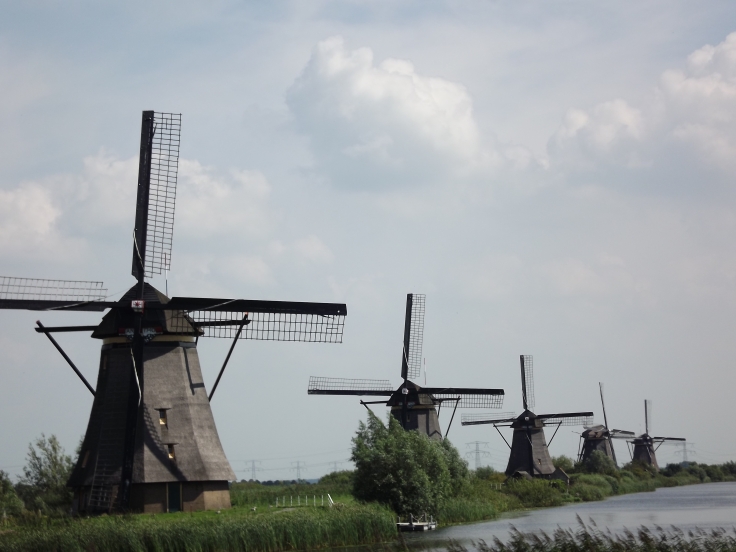 Failures have been mysteriously scarce during my first days in the Netherlands, even though my days had been scrupulously planned months before for this part of my trip too. Except for the overdress and the morning I spent walking in every bad direction to find my hostel, only to end up hopping in a taxi, things were great!

Restaurant suggestion in Utrecht: If you’re a vegetarian—or not—there’s this really nice place called GYS, on Voorstraat It’s a mixture of a café and a restaurant, and it serves excellent dishes.