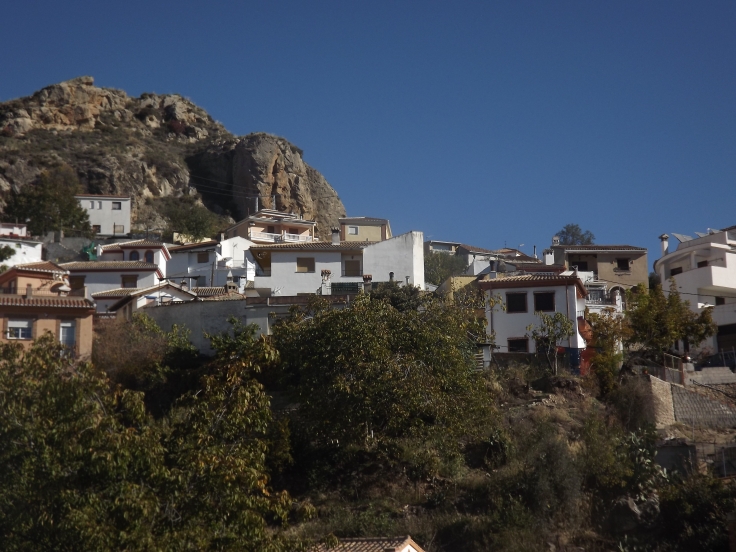 Day 100. Quentar is a small municipality in Granada of about 990 inhabitants. We were staying at the Fundalucia Guest House, and the website’s directions to make it there from the bus station, said to, quote, cross the whole village to the other side. We were doomed to get lost. The streets are so narrow and curvy that it’s impossible to use regular indications, and when we asked the villagers we met if we were on the right way, they spoke zero English. But we crossed the whole village (10-15 minutes) and met our hosts. (The hostel was amazing. I highly recommend it.)

The next day we prepared for a hike because Quentar is in the very middle of gorgeous mountains. We’d been told to follow the red dots to reach a beautiful lake, but we missed the very first dot, so we ended up walking for about thirty minutes in the wrong direction. It was the end of November, but it was crazy hot, so when we finally found the right path, we were too exhausted to complete it. Even though we never found the promised lake, the walk itself was amazing. From anywhere, the view was spectacular; olive trees spreading all over splendid mountains. I never saw a sky so blue.

We got lost in the village a couple of times, we searched for the red dots forever, we never finished the hike, I woke up in the middle of the night with mysterious bug bites all over my arms that itched for about a week, and yet I would’ve stayed in Quentar much longer.

But Granada was waiting.