Hello fellow readers! A new school year has just begun, so I thought I’d make this month’s TOP 10 about first chapters. As always, feel free to do this TOP 10 on your blog and tag me so I get to see your answers! Without further ado, here are mine:

I AM MARY Iris Malone, and I am not okay.

I love it when first chapters are very short, but still manage to make an impact. And this one does exactly that with a single sentence.

The monster showed up just after midnight. As they do.

This first chapter was so intriguing and touching, I couldn’t put the book down. I just had to know what would happen next. (Click here for the Book Discussion.)

8. The Hate U Give, Angie Thomas

“Always some shit,” he mumbles. “Can’t have a party without somebody getting shot.”

I mean, if somebody gets shot in the first chapter, consider me hooked.

ONE MINUTE THE teacher was talking about the Civil War. And the next minute he was gone.

I really found this first chapter awesome because of the instant chaos we’re thrown into. And I love when the title is used in the first pages.

6. A Court of Thorns and Roses, Sarah J. Maas 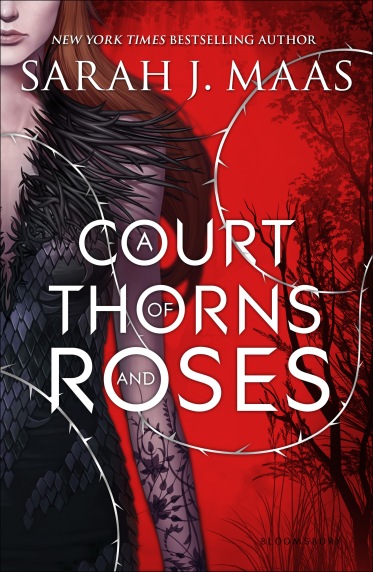 But despite his size, he looked like a wolf, moved like a wolf. Animal, I reassured myself. Just an animal. I didn’t let myself consider the alternative.

Sarah J. Maas really has a way to set the scene. After only a few pages, I felt as if I were walking into those woods, breathing in the winter air, and truly understanding the conflicting thoughts our heroine was going through as she shot the ‘wolf’. And for that, it’s an awesome first chapter. (Click here for the Book Discussion.)

5. The Beginning of Everything, Robyn Schneider 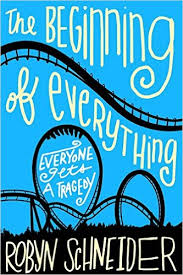 The news reports said that a fourteen-year-old boy from Japan was decapitated on the Thunder Mountain Railroad when he disregarded the posted safety warnings. What the news reports didn’t say was how the kid’s head sailed backward in its mouse-ear hat like some sort of grotesque helicopter, and how Toby Ellicott, on his twelfth birthday, caught the severed head and held on to it in shock for the duration of the ride.

I mean. Do I need to say anything else?

4. Rebel of the Sands, Alwyn, Hamilton

I was engrossed in the world of Rebel of the Sands from the very first pages. We know immediately what the main character’s goal is, and we get to see how badass she is. I want more.

3. All the Bright Places, Jennifer Niven

“Thank you, Theodore Finch.” She reaches up and kisses me on the cheek, and I can smell her shampoo, which reminds me of flowers. She says into my ear, “If you ever tell anyone about this, I’ll kill you.”

But by then it was too late, and the girl they loved most— and knew least of all—was gone.

That first chapter was SO intriguing I just had to know more! I’m halfway through the novel now and I really can’t wait to talk about it on my next Book Discussion on the 20th!

Effie Trinket crosses back to the podium, smoothes the slip of paper, and reads out the name in a clear voice. And it’s not me.
It’s Primrose Everdeen

Am I obsessed with this book?

But I think it’s understandable. It’s awesome for so many reasons, and that amazing first chapter is definitely one of them. I mean, how can you not turn the page after that crazy cliffhanger?

Thanks so much for reading, guys!

Let me know what you thought in the comments. I would love to hear your answers!