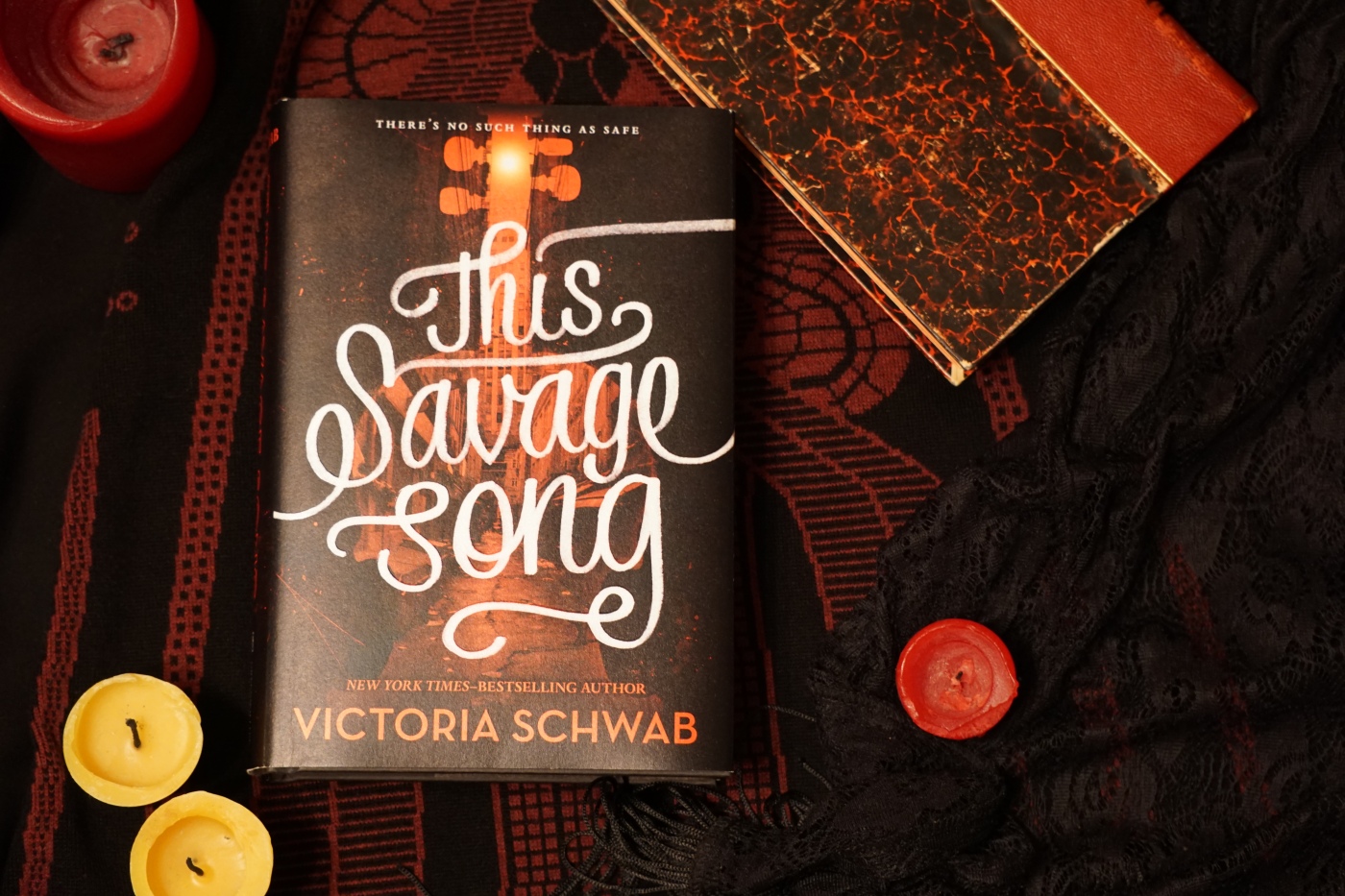 Kate Harker and August Flynn are the heirs to a divided city—a city where the violence has begun to breed actual monsters. All Kate wants is to be as ruthless as her father, who lets the monsters roam free and makes the humans pay for his protection. All August wants is to be human, as good-hearted as his own father, to play a bigger role in protecting the innocent—but he’s one of the monsters. (Synopsis from Goodreads.)

It was fast-paced, and mysterious, and wonderfully written. I totally fell in love with the monster song. My favorite monsters were the Corsai. They were really creepy and original and that scene in the sewers gave me goosebumps.

shadow and bone
will eat you raw.

I think my favorite scene is the part where August and Kate are trapped at school. I was SO terrified of what would happen to them. It happens at about the half of the novel and after that it’s a series of action and fighting and running and it’s truly a challenge to stop reading. 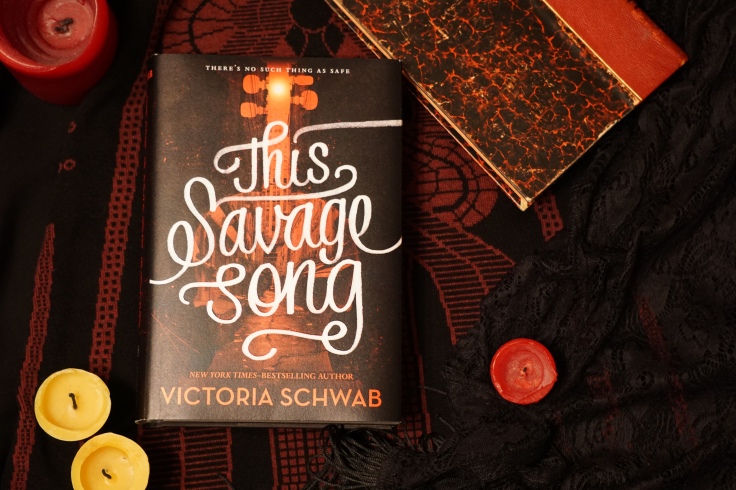 I kind of wanted to know more about the world itself. I was so intrigued by the Phenomenon mentionned at the beginning of the novel. The details of it were a bit unclear to me so I would’ve loved more explanation!

The way Schwab describes August’s abilites was almost poetic. It was such a unique power, and it’s even more authentic because the three Sunai have a different way to use it. And the three of them were born from different circumstances (tragedies, and pain, and stuff like that). SO BLOODY AWESOME.

“Pay attention, August,” he said. “There is more than one way to bring a soul to surface.”

I just really need to say: AHHH. That ending! At first I was kind of bummed that ALL the bad guys were dead. I felt like there would be no threat in book two, but that last page with Sloan coming back (grrr, that Malchai is the worst) and Alice as a monster I was like WH-WHAT!? HOW!?

That’s it, haha. This needed to be said.

Anyway, as you can see, I really liked this novel, and I can’t wait to read book two. Now I want to know what you guys thought!

Who’s your favorite character? (I think mine is Ilsa.)

What’s your favorite type of monster?

Did you see that ending coming?

Are you going to read the sequel?

Let me know in the comments!